Everything about Come From Away is heartwarming from the rousing end to the wholesome beginning.

The award-winning musical tells the story of how a small Canadian town called Gander, housed 6,579 international plane passengers following the events of 9/11. Come From Away explains the experiences of both the passengers and the town occupants who stay together for a week. It is a tale of kindness and changes.

The hit musical has received lots of nominations for different awards notably nine Olivier Awards in London. As a way to celebrate the nominations and anniversary of the musical on Broadway, the producers made a video of its casts performing the finale on Broadway.

The musical adaptation sees Gander’s residents freely welcome plane passengers to their homes, make them comfortable, take good care of them, feed them, and house them. 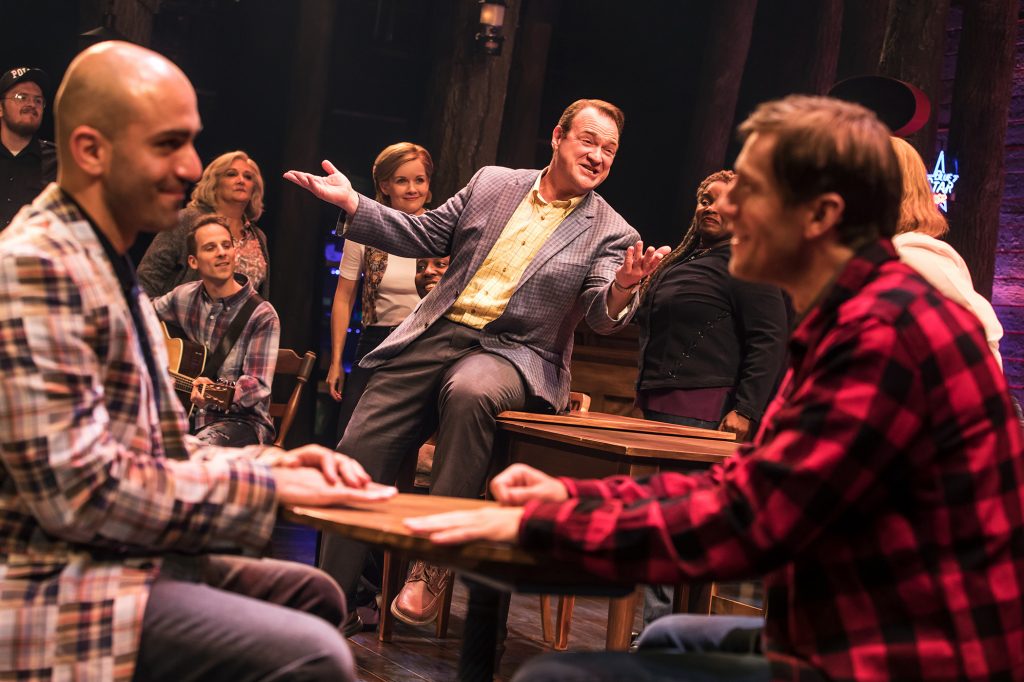 No detail is overlooked, and even the tiniest detail is shown in the musical, even details such as the men of the town ensuring that female travelers had adequate sanitary pads. The compilation of the details was carried out by David Hein, and Irene Sankoff who are husband and wife. They wrote the book, music, and lyrics of the musical after meeting with the passengers and residents of the town during their tenth anniversary back in 2011. This formed the basis of the musical.

We had a chat just before their Broadway opening and spoke about the upcoming Olivier Awards. All of this was done as they went through the script of the Come From Away movie already in the pipeline, while also anticipating the opening of the show in Buenos Aires, Argentina, and Melbourne, Australia. The story of Come From Away has really won the world over. It perfectly encapsulates kindness, and unity across diverse boundaries.

The dynamic duo just recently came back from a series of meetings in regards to the planned film in California. “Envisage how 38 planes and more than 6,500 people will be like in a town of 10,000 people.” There are already talks of using special effects to capture some of the scenes, but the primary idea is to film in Gander, “leading to the likely reoccurrence of the entire crew and cast invited into the homes of the town’s residents like it was in the story.” Hein said.

Production is set to go underway as soon as possible.

Asked if the cast of the film will include some Hollywood A-listers, Sankoff quickly issued a resounding no. “Having Hollywood stars on set might take the shine out of the message. We want the casts to made up for normal people.” The film casts might be predominantly made, up of an existing cast of Come From Away casts, or never to be seen, actors/actresses.

Going around the world, and has been mind-blowing, the couple mentioned. “It brings a whole new definition to the word kindness,” said Sankoff. “The global audience reaction is overwhelming. We’ve seen people who lost friends and family that day, others who knew people on the flight, and people like Hein’s cousin who were on the tower but survived.”

Got something to say? Cancel reply